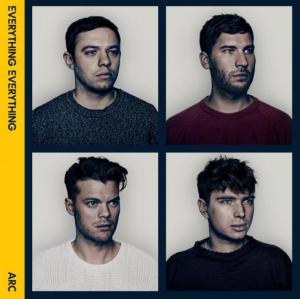 It’s been a while since a new record has grabbed me in the way that Arc has. This record fires on all cylinders, and is an engaging and exciting listen from start to finish. The band weaves elements of rock, pop, and hip-hop with brit-rock brilliantly, with nothing every feeling forced or out of place. The record has a nice flow, and is one of my favorites of the year so far. If you haven’t heard them yet, check out the video below for ‘Cough Cough’ and see what I mean. If you enjoy that, check out the rest of the record on Spotify below that. 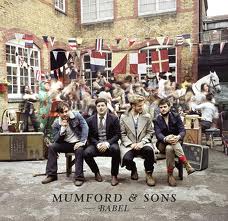 “Theatre Is Evil” by Amanda Palmer & The Grand Theft Orchestra

Amanda Palmeris a true artist in the…

At least once a month when assembling this post, there is an album…

My Thoughts On Matchbox Twenty and ‘North’

Infinity Overhead is the kind of record that makes me so excited about music. There are so many influences at play here that combine to make an extremely poppy and incredibly exciting progressive/math rock record that will play on repeat in my headphones for a long time. Minus The Bear have been a favorite of mine for several years, and with each new record the band has slightly altered their sound to craft something new for their fans. This record packs in all those influences, and the resulting package will please fans of every era. The Hall and Oates influence of their last record Omni is definitely on display here (‘Lies and Eyes’), and the post-hardcore progressive rock (Steel and Blood [below], Diamond Lightning) fans have loved since day one gives this record its core. I can’t say enough about how good this record. You really need to check it out for yourself. You should always listen to albums as a whole, but if you can give this one the time it deserves, I promise you that you will enjoy yourself. Pick it up over at Amazon MP3.

When musicians who are passionate about their craft come together, the result is always worth a listen. That was my attitude going into A Thing Called Divine Fits, the album by indie supergroup Divine Fits. Britt Daniel (Spoon), Sam Brown (New Bomb Turks), and Dan Boeckner (Wolf Parade, Handsome Furs) have created an album that is as fun as it is unique. Each members style is present on the record, but together they find a nice balance of danceable, indie rock. Opener ‘My Love Is Real’ (Below) gets things going with a darkly sweet groove. The track bobs and jumps along a fuzzed out, brooding rhythm that is contrasted by an ethereal synth riff that will be in your head all day. The bright bounce of the expertly layered ‘The Salton Sea’ is exactly the kind of exciting track I would expect from this collaboration. The tune is bright with a darker undertone, and it never seems to go in the direction you think. This will be on many people year end lists, and more than likely on mine. Grab it at AmazonMP3.

Circa Survive have earned their place among many in prog and/or post-hardcore communities as one of the top acts making records today, and with one listen to Violent Waves you might join them. Dynamic, sprawling, and always rocking, this is a record that demands your attention. The big moments seem bigger than anything they’ve done heretofore, and the quieter moments are anything but killing time between the rocking. The seven minute opener ‘Birth Of The Economic Hitman’ kick-starts the album and sets the bar high. What follows does not dissapoint, especially the savage screams in ‘Sharp Practice’ and the propulsive rhythms of ‘Suitcase’. By the time the album’s second epic ‘I’ll Find A Way’ glides the album to its gentle close you’ll be more than satisfied with the price of admission. Circa Survive seem to improve the sound and scope of their ambition with each new album, and Violent Waves is a fantastic addition to their already seminal cannon. Grab it for yourself at Amazon.